How do we get a union at uWaterloo? 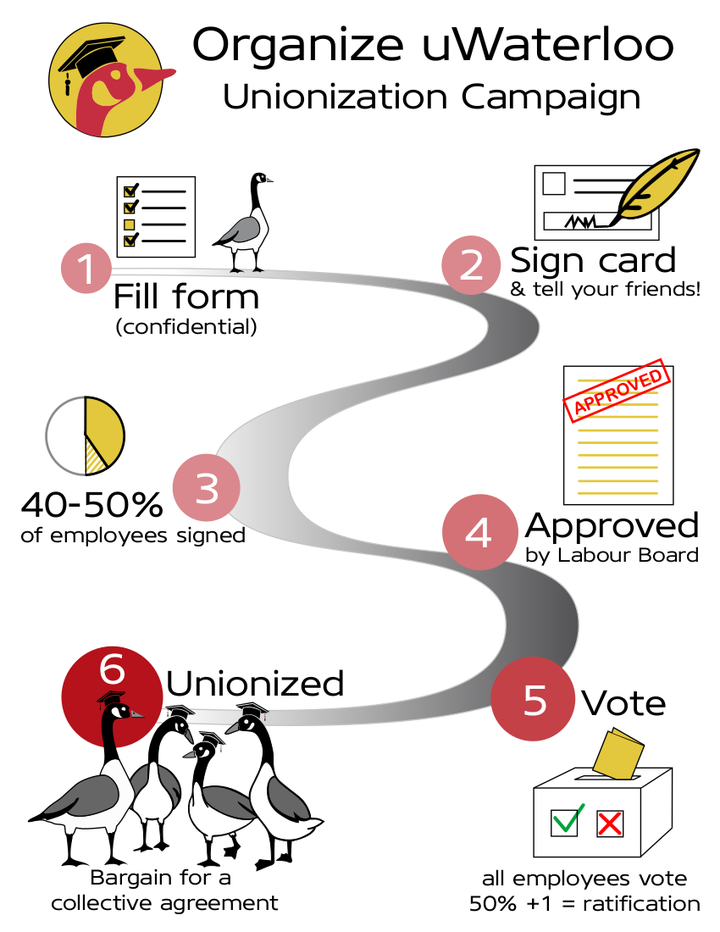 Forming a union in Ontario involves the following steps.

4. File application with the labour board

7. Vote to ratify the agreement