Join us for a discussion of how anti-racism work and unions work together to create a more just workplace and society, hosted by Organize uWaterloo and CUPE. The webinar will start with presentations of related information and personal experiences and then we will switch to a Q&A panel discussion. A primary aim of the discussion is to envision how our (soon-to-be-formed) local union might engage in anti-racism work through bargaining, activism, and solidarity with ongoing efforts. 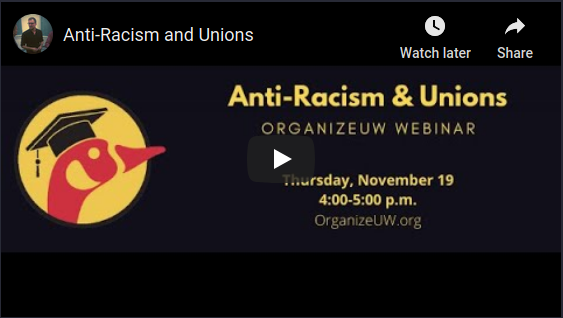 Important: Harassment and inappropriate questions of any kind will not be tolerated.